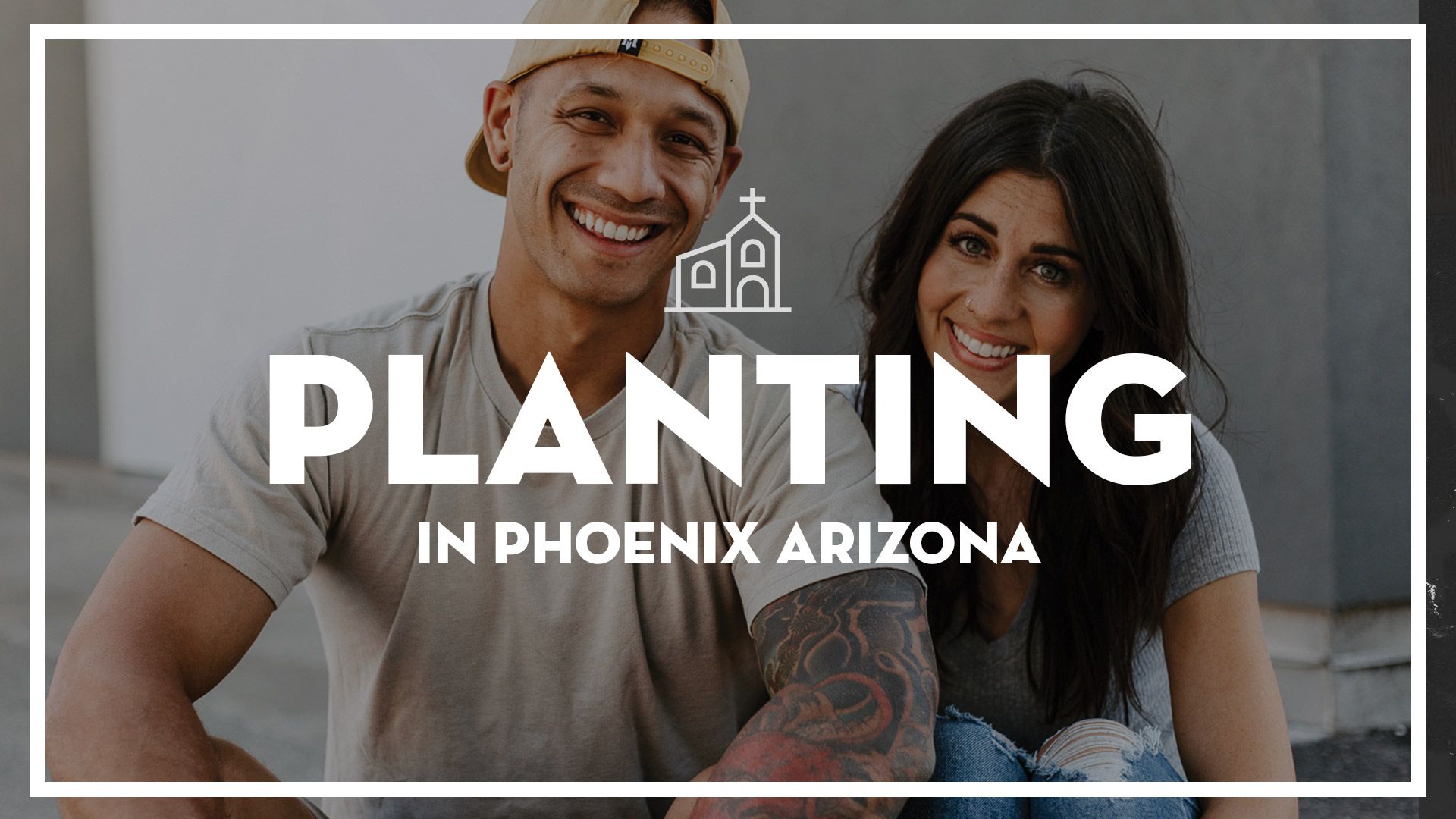 For those that know the story of Rise, Nolan has been serving as a pastor at Rise for several years now. Today, Nolan and Lindsey have felt a real call to plant a church in Phoenix, Arizona. This is a big moment in the life of our church, but one God's fingerprints are all over!

Since the day Nolan was saved at 16 years old, he wanted to see lost people like him find new life in Jesus—even through sketchy means like crowding kids into his dad’s Astro van and driving them illegally to youth group. In 2009, when he and Lindsey were dating, they were dreaming of church-planting. They moved to Sacramento, California to be part of revitalizing a church.

Over the past seven years, they have received some of the best training imaginable: being on mission with Rise City Church as it grew from 100 to 1000 people in seven years, in one of the most unchurched regions of the US. Today, they sense a particular burden to go and plant a new church called the Garden, in another strategic location: Phoenix, Arizona.

What is church planting and why would you do that?

The Gospels end with Jesus sending His disciples into the world to make disciples. As the story of Acts unfolds, we see those disciples make disciples by planting churches in all the major urban centers across the known world. God's strategy for disciple-making is church planting.   Today, the mission is still making disciples and the method is still planting new churches. Planting churches is the single most effective strategy for reaching lost people with the Gospel.

Phoenix is the 9th most unchurched city in America. For context, Portland Oregon is the 13th. Phoenix is the center of Maricopa county, the single fastest growing county in the United States; and where there are increasing numbers of people, there is an increasing need for new churches.   Whenever people go through major life transitions they are also more likely to embrace new ideas.

Moving to a new city has this soul-level effect of disorientation that prepares the soil of the heart for the seed of the Gospel. Thousands upon thousands of people are moving to Arizona because they are looking for something new. But what they don’t yet realize is that the new thing that they will find is Jesus.

The story of the Bible is set in a garden and concludes in a garden-city. After Adam and Eve are cast out of the Garden of Eden, there is an unshakeable ache to return that runs straight through every human heart. Imagery of Eden fills the imagination of God’s people, Israel— lining the very walls of the temple. We all share this deep, nostalgic longing for home—a yearning Jesus came to fulfill.   In a lonely garden, Jesus sweat blood, just hours before bearing our banishment alone on His cross.